The Malian government chose IDEMIA to modernize its national passport system and deliver secure biometric passports to its citizens. IDEMIA’s 40 years of expertise in identity management and biometrics have provided all Malians with more freedom to travel and access to basic human rights. 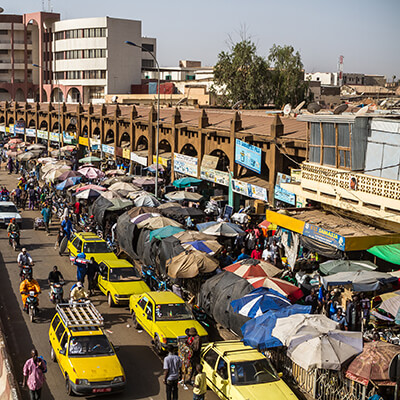 In 2012, an armed conflict broke out in northern Mali. Due to this conflict, thousands of Malians were forced to flee their homes overnight. After years of fighting, constitutional rule was reestablished in 2015 and the Malian government signed a peace treaty with the revolutionaries. In this context, it was critical for the government of Mali to manage its citizens’ identities and to provide them with secure identity documents that are compliant with international standards. As a long-standing partner of Mali’s government, IDEMIA was chosen to support them in the process of modernizing their national passport system.

Before 2015, Mali’s machine-readable passports did not comply with international standards. The documents were easy to hack and had little credibility due to their low quality. Malians were vulnerable to identity fraud and tampering with passports was commonplace. The application process was also a major concern. To receive a new identity document was a long and arduous procedure. The country had little control over the timeframe of passport deliveries and it was not unusual for Malians to wait for months for their document. Additionally, even though the existing infrastructure was fragile, citizens still had to pay a substantial fee to obtain a passport. The republic needed to modernize its setup and provide a secure high-tech solution.

Establishing a PPP with IDEMIA

The government needed a biometric and electronic solution that integrated the latest ICAO standards. However, the lack of financial means was acting as a hindrance to Mali’s development. Migrating towards new technology can be a challenging process, and the country did not have the local resources or the required skills. Engaging a private entity experienced in the production and personalization of biometric passports was the most viable answer. In 2013, the government began the search for this partner and in October 2015, entered a Public-Private Partnership (PPP) with IDEMIA. The concession contract was signed based on a ten-year Build – Operate – Transfer (BOT) model. The partnership allows the Malian government to have external, private funding for the project. Furthermore, the private partner – IDEMIA – takes on the majority of financial and operational risks throughout the contract.

Provision of an End-to-End Solution

The BOT agreement between IDEMIA and the Malian government led to the establishment of a subsidiary in Bamako. On behalf of the government and IDEMIA, the subsidiary handles the creation of the central database and the set-up of necessary infrastructure. Further local operations include back-end and personalization services, as well as additional support functions. Trust is key in this relationship. IDEMIA is completely responsible for the Malian passports via Mali Solutions Numériques (MSN) and its partner Afritek and is acting in the name of the Malian government. From the collection of citizens’ payments to the registration and validation of applicants, IDEMIA offers an end-to-end solution.

The size of the project is significant:

Apart from the essential access to civil rights, Malians benefit from additional features implemented by IDEMIA. IDEMIA also offers practical payment methods and passport delivery notifications via SMS. In addition, key features to help combat identity fraud are included, such as civic information and fingerprints that match with the National Identification Number (NINA) database. Not only have these key features helped Malians to trust the security of their documents, they also automatically place Mali among the most advanced countries in terms of travel document security and improve its citizens’ mobility.

Other Key Top-Notch Services Include:

IDEMIA’s goal is to help Mali become more autonomous. Training local people (through enrollment, validation and remittance authorities), establishing a local partnership and supporting the local system and infrastructure are essential features that turn this dream into a reality. 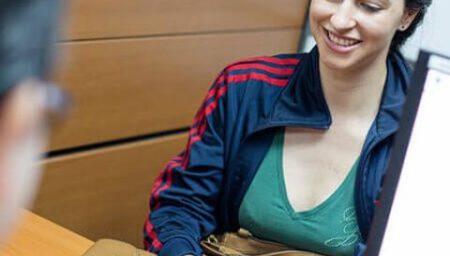