Biometrics on the verge of going mainstream in payment

Major technological advances and economies of scale have enabled biometrics to gain strong momentum as a secure authentication factor to verify a customer's identity in the areas of mobile banking and payment. Over the last two decades the technology has steadily proven its credibility in this market, attracting the strong interest of a number of global business players. 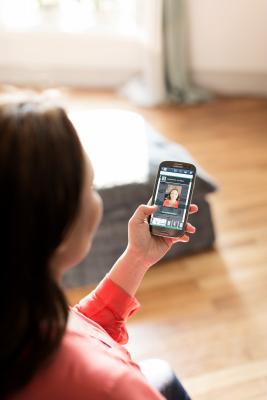 In this respect, Mobey Forum investigated in 2015 the potential of biometrics in payment via a survey among 235 participants from Europe, North America and the Middle East, incl. 59% survey respondents coming from banks and other financial institutions. Founded in 2000, Mobey Forum is a global industry association empowering banks and other financial institutions to lead in the future of mobile financial services. Morpho has been a Senior Associate member since October 2014.

The survey results have now been published by Mobey Forum within a whitepaper, exploring the suitability of biometrics as a method of identification, authentication and authorization. Conclusions clearly demonstrate the existing business potential in mobile banking and payment: “When combined with mobile, biometrics offers considerable benefits, especially with regard to user experience.” Furthermore, biometrics brings added value to other financial services, such as know-your-customer (KYC), e-contracting, insurance and more. The survey results also confirm a growing positive trend on the consumer side. In addition to offering the convenience customers want for mobile security features, the “coolness factor” of biometrics usage on smart phones is enabling the technology gain large user acceptance even across a range of different age groups.

According to the Mobey Forum survey, the use of biometrics in banking and payment is becoming mainstream. “The vast majority of banks intend to implement biometrics in the relatively near future, just as the number of handset manufacturers planning to integrate biometric capabilities into their devices rises.” As described, market forecasts are also optimistic: By 2017 there will be over one billion users accessing banking services through biometric systems.

In addition to being an active member of Mobey Forum, Morpho is a member of the FIDO Alliance and the National Security Alliance. Together with these member groups Morpho is continuously working to define the future of biometrics for financial institutions.