Digitization of ID Documents for the Republic of Albania

The Albanian government chose IDEMIA to provide a modern identity management system and deliver secure biometric passports and national ID cards to its citizens. IDEMIA’s 40 years of expertise in identity management and biometrics have enabled Albanians to enter the EU Schengen Area without a visa. 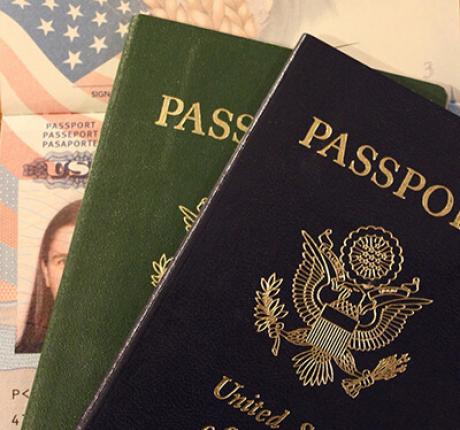 The implementation of electronic ID documents such as passports and ID cards help governments create a safer environment for their citizens. Albania wants the most secure and modern ID system, especially as Albanian ID cards are compulsory for citizens over the age of 16. Furthermore, secure ID documents are needed for the country’s discussions with the EU. Albania is awaiting the green light to open the discussion before becoming a potential EU member. Being an EU member would facilitate its economic and cultural exchanges. In 2008, the Albanian government signed a concession contract with IDEMIA for an end-to-end identity management solution, from the design and personalization to the management of citizen enrollment and identity document distribution. IDEMIA established Aleat – a joint venture with AAEF (Albanian-American Enterprise Fund) in order to meet the precise project demands and timeline. Aleat, the concession company, was established in the record time of only five months, enabling citizens to vote in the June 2009 parliamentary elections with their ID documents in hand for the first time since 1991. In the first half of 2009, 1.4 million ID cards were produced and delivered, with over 25,000 cards produced daily at the height of the enrollment process. The partnership was such a tremendous success that the contract was renewed through to 2023.

In 2013, due to the success of the first five-year period, the Albanian government, represented by the Ministry of the Interior, extended the identity document production and distribution concession set up by Aleat for a ten-year period. IDEMIA will continue to produce and personalize the state-of-the-art identity documents, integrating additional enhanced security features. IDEMIA also delivered online identity services as part of its digital service initiative. This resulted in the creation of a secure platform that leverages eID cards, allowing citizens to access secure eServices.

The Albanian population is young, very energetic, and wants to travel. Now they have the means to do it!
Milena Harito, Minister of Innovation and Public Administration, Republic of Albania

From the beginning of this partnership, IDEMIA has proven its ability to deploy a large-scale identity project by providing an end-to-end solution in a short period of time. In 2019, Aleat will produce around 1,000,000 ID cards and over 400,000 biometric passports. As the ID documents have a validity of ten years, Aleat will face a peak in 2019 and 2020 production, which totals 2 million ID cards and 1 million passports per year.

Following the customer request for additional services, such as registration at the embassies and delivery of refugee cards, the EU granted Albanian citizens holding a biometric passport the right to travel throughout the Schengen Area without a visa. Moreover, in 2011 Aleat was awarded the ISO 27001 certification, proof of the dedication to maintain the highest security standards with regard to handling the identity management business process and citizens’ data.

The Albanian Government has played a significant role in the accomplishment of this project. It has supported IDEMIA from the very beginning to ensure that everything was in place and that IDEMIA could set up the concession in the best possible environment. The government has also put some important incentives in place to promote the usage of the ID documents. Through an adapted legal framework, the usage of the new ID documents has become mandatory. An accompanying communication campaign helped Albania’s citizens to get familiar with the new documents.

The latest version of IDEMIA’s biometric passports for Albania brings significant benefits to the country’s citizens:

Through their dedication, responsiveness and high standard of service, Aleat has met all the requirements set out for Albania’s electronic ID documents. The success has led us to extend the concession for a longer period.
Ferdinand Poni, Former Deputy Minister of the Interior, Republic of Albania

Safe and Secure Access to Public and Private Sectors

IDEMIA accompanies the Albanian Government in the next phase of this pioneering eID project, providing convenient, seamless and secure access to eServices online. The IDEMIA e-Trusted Identity Services platform was deployed in line with the legal framework and other governmental initiatives.