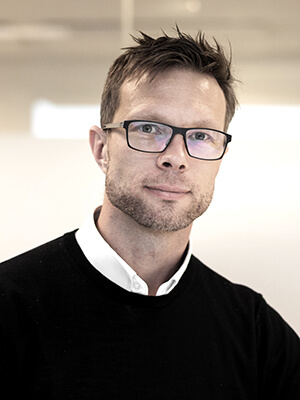 Today, unlocking a smartphone by entering a PIN feels antiquated. However, until not so long ago, this was part of our daily lives as we did it numerous times every day. In 5 years, will PIN codes for payment cards feels as antiquated as they do for smartphones today?
Jesper Domargård, VP Marketing, Financial Institutions at IDEMIA 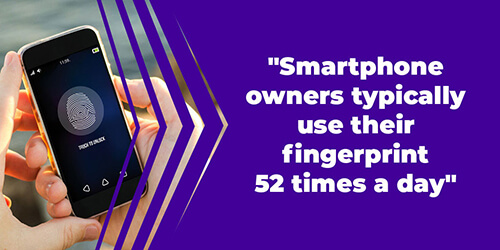 Today, unlocking a smartphone by entering a PIN feels antiquated. However, until not so long ago, this was part of our daily lives as we did it numerous times every day. It was only in 2013 that Apple introduced fingerprint to unlock iPhones, and today smartphone owners typically use their fingerprint 52 times a day1 for various smartphone operations (for millennials the number is a whopping 152 times a day2).

With the introduction of Apple Pay in 2014, biometrics got a major push into authentication of payments, with numerous other examples following, making our everyday transactions faster, safer and more convenient. As consumers have gotten acquainted with these payment methods, the acceptance for using biometrics to authenticate payments has increased steadily, up to a point where 82% of global consumers are now ready to replace their PIN code with a fingerprint to authenticate a card payment3. The positive perception of biometrics usage for card payment authentication may be stronger in countries where contactless payments are widely adopted, considering the fact that these payments are currently capped at an amount in the range of 30 EUR. In fact, 72% are in favor of contactless payments above the current limit, as long as it is secured3. Biometrics bring the promise of enabling these seamless contactless transactions above the current limit, without compromising security. 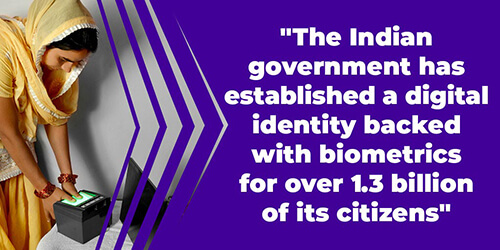 On a global level, India is arguably in the biometric pole position. The Indian government has established a digital identity backed with fingerprint, iris and facial biometrics for over 1.3 billion of its citizens. A recent example of how this identity can be leveraged to improve everyday lives is postmen acting as ATMs in rural areas of the country. Citizens can identify themselves via a handheld biometric reading device that the postman brings to their doorstep, the postman hands over cash and the corresponding sum is debited from the citizen’s bank account. Thanks to biometric authentication, the convenience for Indian citizens of not having to travel long distances to the nearest ATM is combined with security.

Another interesting concept for governments (notably in developing countries) would be to distribute social welfare payouts via a card with a biometric sensor. In such a scenario, the card would be distributed to eligible citizens, e.g. for pensions, the pension would be paid out to the card and the citizen would be able to access the pension by using the card through biometric authentication on existing POS terminals. As identity and liveness are proven every time the card is used, this solves two existing challenges: unauthorized persons accessing the pensions and pensions being distributed to deceased citizens. And most importantly, this avoids citizens having to present themselves physically, in sometimes remotely located government offices, to prove on a regular basis that they are still alive.

A bright future for biometric authentication in payments 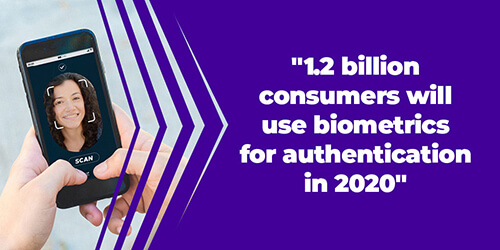 According to a recent study, 1.2 billion consumers will use biometrics for authentication in 2020, increasing to 2.6 billion by 20234. Soon, we may even authenticate our payment with our face in our cars. Now, where will all of this take us? In 5 years, will PIN codes for payment cards feels as antiquated as they do for smartphones today? Given the rapid development in technology and the positive attitude from consumers worldwide towards biometrics, that may very well be the case. Only time will tell. 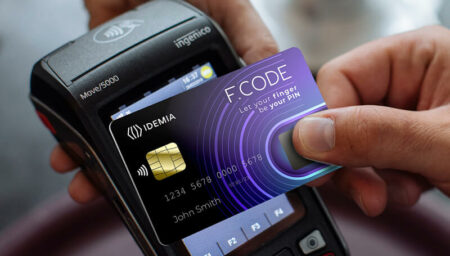 Consumers are embracing biometrics. Let’s discover why and how.
News

Ten facts you didn’t know about biometrics in 2019
News

Are you ready for a cashless world?