Safran Identity & Security, world leader in security and identity solutions, announced today that it has reached the threshold of 10 million ID cards delivered in Chile. 57% of the Chilean population now owns electronic identity cards to safeguard their identities and facilitate access to public online services. 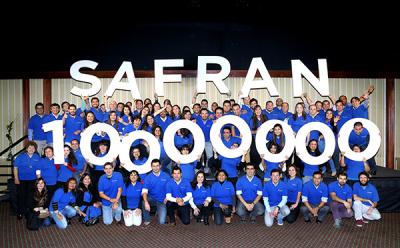 Chile is one of over 50 countries in the world who has implemented this type of system, which incorporates the highest security standards. By 2022, it is estimated that almost all citizens of its 18+ million population will have a secure identity card.

One of the most advanced in the world, the Chilean eID card is based on a multi-biometric system comprised of an Automated Fingerprint Identification System (AFIS) and a Facial Recognition System, which uses state-of-the-art biometric technologies. In addition, the document validation process uses two-factor biometric authentication (fingerprints and face recognition). This adds greater accuracy and security, and avoids duplication of person’s identity in the database.

We have reached a symbolic milestone together with the Government of Chile, a flagship customer for Safran and pioneer in developing strong digital identities for its citizens. Chile has raised the bar in terms of identity protection in Latin America and has laid a solid foundation to develop e-services which will benefit all Chileans. We are proud to be a part of this digital transformation in managing civil identities.
Jessica Westerouen van Meeteren, EVP of Safran Identity & Security’s Government Identity Solutions division