A look back at this year’s milestones for the embedded SIM (eSIM), remote SIM provisioning (RSP) and a look ahead at what’s in store for 2020.

2019 was a key year for eSIM growth and mainstream support. As the year comes to an end, let’s recap some of the year’s biggest eSIM milestones, devices and developments: 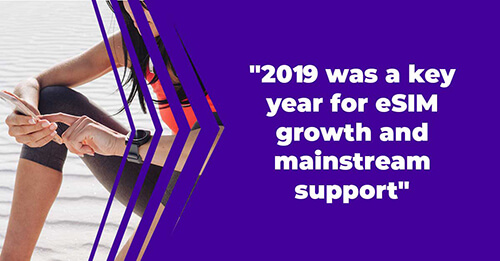 As of December 2019, there were well over 200 mobile network operators worldwide that supported eSIM.
Regionally, operators in North America, Europe and Asia Pacific are the ones with the most support for eSIM, and accordingly have the highest forecast for eSIM device shipments worldwide.
At Mobile World Congress 2019, the GSMA published the eSIM in China Report, stating that mobile operators in China were laying the groundwork for the commercial launch of eSIM, and that by 2025 China would become the world’s largest market for global eSIM smartphone connections with between 20-35% of all smartphones being connected via eSIM. China had over 1 billion smartphone connections at the end of 2018.
In September 2019, the Russian Communications and Press Ministry met with operators and regulators to change the country’s regulatory framework in favor of eSIM support. This includes the use of the national banking biometric database to verify and authenticate the digital identity of subscribers remotely on-boarding with eSIM devices. It is expected that regulators will approve eSIM by early 2020.

2019 was a big year for eSIM smartphone releases, not just in terms of what was announced but also in what was not announced.

All of the eSIM smartphones released in 2018 continued with the technology in 2019:

Possibly the most significant eSIM smartphone launch this year is the November announcement of the Motorola RAZR v4. Not only is this iconic phone being reissued with a folding screen, but it is the first eSIM only smartphone in the world. A milestone in the transition from physical SIM and hybrid devices to a pure eSIM-only ecosystem. 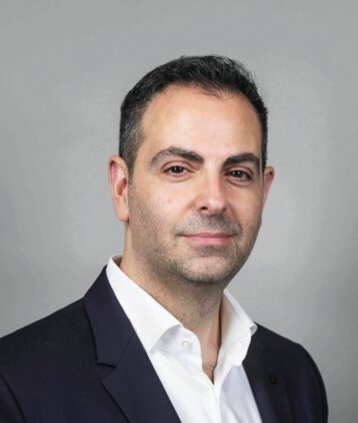 With new categories of devices being connected like smartwatches, smartglasses, and others, a consistent and controlled user experience across all devices is more important than ever.
Emir Aboulhosn, VP Connectivity Domain, Digital Business Unit at IDEMIA 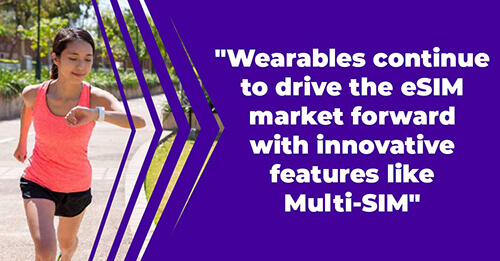 Wearables continue to drive the eSIM market forward with innovative features like Multi-SIM (also known as One Number), enabling subscribers to use the same phone number on smartwatch and phone. Similarly, operators are required to offer advanced network features like Voice-over-LTE (VoLTE) and Voice-over-WiFi (VoWiFi) to support such devices and the end-user experience as imagined by the OEMs.

To ensure a consistent end-user experience with these cutting-edge features, device makers publish Entitlement specifications for mobile operators to implement. Entitlements are not new – they have been around for some time already and used for features like mobile hotspot and more. With new categories of devices being connected like smartwatches, smartglasses, and others, a consistent and controlled user experience across all devices is more important than ever. A continuous user experience across multiple devices (smartphone, wearable, tablet, PC, etc.) is what builds customer loyalty to both the OEM and the mobile operator. As more eSIM connected devices are introduced, Entitlements will play an increasingly important role for mobile operators.

2019 tablets and PCs also delivered notable eSIM-enabled launches including the Apple iPad, iPad Air, and iPad Mini variants, a leather-clad HP Spectre Folio, Lenovo Yoga C360, Acer Swift7, Samsung Galaxy Book, and Microsoft’s Surface Pro X.
Always-connected devices play an increasingly important role in the context of transitioning to cloud computing. Without connectivity, many of today’s essential applications are effectively unusable. Office 365. Salesforce. Slack. The list is endless.
Enterprises worldwide stand to benefit from deploying eSIM-enabled devices to their workforces. In particular workers who are consistently on the go – whether sales teams visiting customers or shipment and logistics workers delivering critical packages. In all cases we see two critical requirements – a need for constant connectivity, and a need for a secure connection. After all, cellular connectivity provided by mobile operators is significantly more secure than public Wi-Fi networks.
To that end, enterprises that use Unified Endpoint Management (UEM) and Mobile Device Management (MDM) platforms are also able to support eSIM devices throughout their organizations thanks to solutions like IDEMIA’s Smart Connect Hub, which bridges the MDM and mobile operator network.

Learn more about our eSIM for the Enterprise offer

Take the case of PriorityOne Bank in the U.S. PriorityOne put Surface Pro LTE devices in the hands of its mortgage lenders, who are typically on the road and visiting customers in their homes. Their need for connectivity and security is well established, and PriorityOne IT can leverage their existing MDM to activate and provision their devices seamlessly – reducing the amount of time it takes to deploy a device by 26 hours.

eSIM saves time because you don’t have to order and activate a physical SIM card. After the employee signs into the device, it’s active — it deploys itself. We are saving an estimated 26 hours of time per device.
Justin Griffith: Technology Officer, PriorityOne Bank

Both the GSMA and the SIMalliance are responsible for publishing specifications that set the standard for eSIM and remote SIM provisioning. While the GSMA RSP specification has not released its Consumer Phase 3 specification yet, the SIMalliance has published a few updates worth noting.
eUICC Profile Package specification 2.3 was released in late October, providing support for 5G networks, which are being deployed around the world already. The update also addresses some interoperability issues between different version of eUICC Profiles used by different mobile operators.
In line with that theme, an updated test specification, version 2.2.2, was published in July. This update addresses a “globally standardized means of testing products which implement Version 2.2, Version 2.1 or Version 2.0 of the eUICC Profile Package.”
With the constant evolution of the RSP specification and eUICC Profile Package specification, eSIM compatibility testing will become increasingly important for mobile operators worldwide. Provisioning eUICC Profiles in batch – similar to how it is done with physical SIM – amplifies this issue, as Profiles are generated and stored in a Subscription Manager database (SM-DP/DP+) waiting to be downloaded. This runs the risk of the Profiles becoming incompatible with newer devices and specifications. One solution is to switch to a real-time, on-demand provisioning model where the Profile is provisioned with the correct specification at the time of activation, using the version appropriate for the device. IDEMIA’s Digital Personalization System (DPS) addresses this problem. 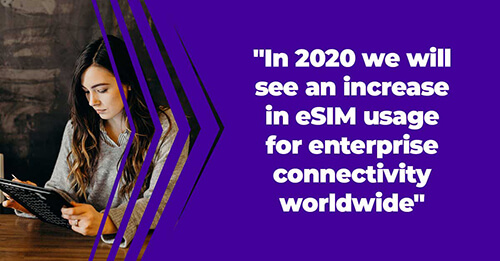 Without a doubt, devices that have eSIM today will continue to have eSIM next year, including the Apple iPhone 12 and its variants, the Apple Watch Series 6, and the Google Pixel 5 and 5XL.
All eyes will be on the next iteration of the Samsung Galaxy S11 and Note 11/11+ to see if Samsung will support eSIM in its flagship smartphones. With the Galaxy Watch supporting eSIM already, adding the smartphone would give Samsung a similar user experience to Apple, in that both a primary device and a companion device could be both connected independently of one another. In that regard, we will see an increasing need for mobile operators to support OEMs’ Entitlement specifications – ensuring a consistent user experience across all devices and their ability to access advanced network features like Multi-SIM.

As enterprises continue their transition to Windows 10 and OEMs continue to launch eSIM in tablets and PCs, we will see an increase in eSIM usage for enterprise connectivity worldwide.

As the rise in eSIM devices will push mobile operators to support remote customer onboarding, securing these onboarding use cases with identity proofing and verification – including biometric capture and verification – will be key to ensuring trusted customer identities during both enrollment and authentication.

IDEMIA, MobileIron and Microsoft ready to support eSIM-enabled laptops and PCs in the Enterprise