A simple necklace with a black cord and pendant containing a Near Field Communication (NFC) chip* has enabled thousands of pregnant women and babies living in rural areas in India to benefit from vaccination schemes. Safran Identity & Security is participating in this innovative project.

Even today, throughout the world, 1.5 million children die each year from illnesses that could have been prevented by vaccination. India is one of the countries most affected by the problem. This is not only due to the lack of availability to vaccinations, but also the lack of maternal and children’s medical records in poverty-stricken and rural areas.

To resolve this issue, the Khushi Baby program has developed a mobile device in the form of a pendant fitted with an NFC chip that contains the vaccination files of the baby wearing it, as well as their mother’s health record. By simply scanning the chip with a smart phone or tablet equipped with the appropriate application, medical staff can access patient records and update them without Internet access. Back in the city, the smart phone or tablet synchronizes the data with Khushi Baby’s cloud solution, making it available to NGOs, the Ministry for Health and other health organizations. Tracking vaccination for pregnant mother and natal until the age of 1.5 years is the only and main focus of KushiBaby’s pilot program in the Udaipur district of Rajasthan-India.

The black necklaces resemble Tabeez; the traditional, religious necklaces worn by babies. The necklaces are kept five times longer than vaccination cards. In case anyone lost it, a duplicate locket can be issued with synced data from the backend. In phase two, the necklace will be linked to the mother’s biometric.

Vikas Phogat, Safran Identity & Security’s Program manager for the project explained: “Confirming a patients’ identity, or in other words ensuring that the right patient receives the right vaccination, was an important project angle that Khushi Baby was struggling with. We were taken by the project and its social importance, so we decided to help them with our biometric expertise.” A closed biometric system will be introduced to verify the mother either online or offline.

In addition to introducing biometric technologies, Safran Identity & Security provided the project with 90 MorphoTablet devices, a mobile platform that provides highly secure biometric and cryptographic functions.  The company also placed a three-person team at Khushi Baby‘s disposal. “This project will be one of the first to use NFC technology to establish identity in medico-social applications,” added Vikas Phogat. “It successfully shows that technology can help to improve society, and that geographical challenges can be resolved thanks to the ingenious combination of on-line and off-line systems.”

In India, Safran Identity & Security has also contributed to Aadhaar since its inception, a governmental program that assigns each resident a unique ID number linked to three biometric data (fingerprint, iris and face recognition). This identification opens up access to a myriad of services such as social benefits and healthcare.
Although there is no direct link between the two projects, Vikas Phogat observed that “Khushi Baby would certainly benefit from being included in the Aadhaar ID-verification program, as it supports a state-backed project to improve society by providing the right people with the right advantages, even when there is no Internet connection.”

* Near Field Communication (NFC) technology makes it possible to send data over very short distances. It is mainly used for contactless payments, or to validate tickets in public transport.

Biometrics will gradually make their appearance in 2017

Harnessing the power of 3 biometrics for mobile enrolment, authentication and identification 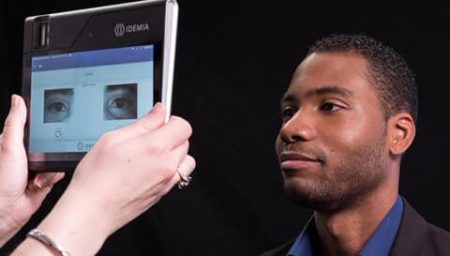 Managing mobile workforces with accurate biometric identification on the spot 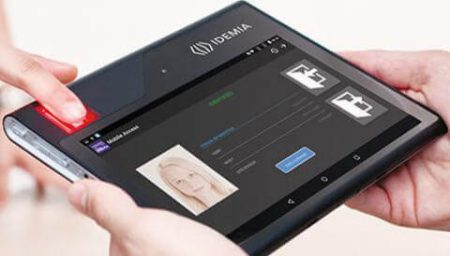 What if Aadhaar helped with the rehabilitation of street children?