On July 5, 2016, at the European Parliament in Strasbourg, the European Cyber Security Organization (ECSO) and the European Commission signed a public-private partnership agreement in the field of cybersecurity. The EU will invest €450 million as part of its Horizon 2020 research and innovation program. Safran Identity & Security is an ECSO founding member. 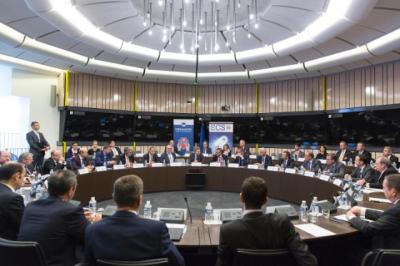 The aim of this partnership is to bring together ideas and strengths from different private/public entities and research bodies to establish the main develop areas within this critical field for the security of European citizens and states. The PPP will determine research and innovation priorities, including allocation of the associated budget, which has been doubled for the next three years. ECSO will contribute to building digital autonomy for the EU and more globally, a secure European cyber ecosystem.

Safran Identity & Security is a key player in the cybersecurity industry providing onboard software security solutions for critical applications in the aerospace and automotive sectors, as well as secure data, identity and access management solutions. Safran is committed to promoting the development of a first-class European industry in the field of cybersecurity, including both small-medium businesses and larger corporations, in order to give Europe the skills it needs to autonomously manage cybersecurity issues.

Pierre Lahbabi, SVP of Strategy and International Development at Safran Identity & Security, has been elected to the ECSO Board. “The creation of this partnership reflects the importance of cybersecurity for the European Commission and its member states, as well as its impact on all industry and service sectors”, he said. “At Safran, we are delighted to participate in this initiative which aims to strengthen European capacities within the field and better coordinate efforts of the various stakeholders. Safran Identity & Security is a key cybersecurity player in Europe through all of its activities, ranging from embedded operating systems to digital trust platforms.”

Through this partnership we hope to play a decisive role in developing Europe’s industrial excellence in cyber-security, namely through the certification of European cybersecurity solutions.
Jean-Yves Guédon, Vice President Technology Partnerships & Development

L’ECSO is a recently created association whose objective is to promote cyber security in Europe and to boost applied research in this field. It currently includes 48 public and private organizations from 14 different countries. Founding members include the European Organization for Security (EOS), an organization of European security companies, the French Alliance for Digital Trust (ACN), the National Cybersecurity Agency of France (ANSSI) and the British Standards Institution (BSI), as well as companies such as Airbus, Bull, Gemalto, Orange, Safran and public research bodies like TNO (the Netherlands), the CNR (Italy) and the CEA, CNRS, Institut Mines Telecom and Inria from France.