Globalization has significantly boosted international economies over the last 30 years, making communication faster than ever and traveling easy and increasingly stress-free. However, the ease of travel has also opened up opportunities for organized crime and ill-intentioned individuals. In light of this challenge, African governments have to implement airtight security measures to protect their countries, citizens and wildlife from potential threats, and border officials need the appropriate tools to verify the identity of each person efficiently.

The growth of African economies and the impact on border security

Historically, Africans had a strong tradition of living in large communities across wide geographical areas. Solid separations such as borders were not considered important. This mindset of free movement has continued, and it is commonplace for people to commute daily to work in neighboring countries. Sharing workforces has helped African markets flourish, which is why it comes as no surprise that the continent is home to some of the fastest growing economies in the world with the highest GDP increase. According to NASDAQ, the following countries are among the top ten in terms of growth potential: Ethiopia, Rwanda, Cote d’Ivoire, Djibouti and Senegal.1

Cross-border commuting is so popular that a 443km highway was built from Enugu in Nigeria to Bamenda in Cameroon. The road includes a 100m bridge over Cameroon’s Munaya River and a 230m bridge over the Cross River between the two countries. The new border post (which is still under construction) will facilitate the movement of people and goods between the two countries. The goal of the $430 million project is to reinforce trade and cooperation between countries of the Economic Community of West African States (ECOWAS) and the Economic Community of Central African States (ECCAS), in particular between Cameroon and Nigeria.

The African Continental Free Trade Area came into force in 2019, to further develop the free movement of goods and people. The aim of the agreement is for member states to remove taxes from 90% of goods, allowing free access to commodities, goods, and services across the continent. Creating a single market will boost intra-Africa trade and enhance competitiveness of member states within Africa and in the global market. The free trade agreement has set up an interesting framework to promote economic growth in Africa, and in the future, it will also support the free movement of people, hence the need for an evolution of border control processes.

A consequence of free movement is borders that are vulnerable because preventing people from entering or exiting an area was initially not a priority. In recent times, the misuse of these open borders has resulted in cross-border crimes and instability in several African regions. To overcome this challenge, increasing border security is paramount, and requires protective action to combat any activity that can endanger lives and property, or put the country’s stability in peril.

Furthermore, recent political unrest and climate change has seen a large number of Africans forcibly displaced from their homes. Ninety five percent of those displaced remain within the African continent. One of the biggest impacts of this movement is the development of a lucrative market for human smuggling along the Trans-Sahara route. African governments need to tackle the snowballing threats from illegal migration and cross-border smuggling of illicit substances, while maintaining secure borders.

People in Africa most commonly use land and sea transportation, making these borders a security priority for local governments. Today, land and sea borders are not as well equipped as airports because it is far more complex for authorities to perform checks efficiently, resulting in long queues and waiting times. Land borders are frequented by pedestrians, cars, trucks, motorcycles, buses and trains. Each passenger has to be checked at the different border crossing points that vary greatly in terms of infrastructure and resources. The same goes for sea borders; individuals can enter or exit a country in a variety of vessels, where a one-size-fits-all approach is no longer suitable in the present security context.

Currently, land and sea borders do not have a set of standardized regulations for passenger verification. There are no procedures explaining how travelers should be checked and what information they need to provide beforehand to start the verification process. The lack of guidance makes it very difficult to ensure that all border authorities follow the same rules and that the highest security protocol is applied.

More often than not, the technology used at land and sea border posts is outdated and impossible to adapt to people crossing the border using diverse methods of transportation. As a result, land and sea border posts are no longer able to manage the increasing flow of people. There is a need for solutions that allow governments to ensure secure borders while streamlining crossing process for travelers.

Today, a vast range of systems and processes can be employed so governments can identify cross-border threats. One of the elements used to secure borders is data collection. Collecting even the smallest amount of passenger data helps build a traveler profile. Combining this data with travel patterns and watchlists allows officials to detect suspicious profiles that need to be checked further, while offering bona fide travelers a seamless experience. To that end, some border authorities around the world have already started collecting traveler data from coach and maritime carriers. For instance, certain countries in Latin America require ferries to provide passenger information of the people on board the boat.

Additionally, a national or even regional Entry-Exit System provides an overview of every person that has entered or exited an area. If a traveler is flagged as a threat at a specific border, that person will be prevented from entering at a different point thus reducing the risk. Using interconnected technology that interfaces at a national or regional level is key to securing borders.

The large majority of people crossing African borders on a daily basis are bona fide travelers such as commuters. As free movement is vital for African governments, a registered traveler program could be extremely beneficial to speed up the border crossing process for these commuters. Once registered, precleared commuters would have the privilege of a fast-track option.

Now more than ever, security is a preoccupation for all governments around the world, and secure borders are non-negotiable. Using the latest automated biometric technology, not only are borders secure, but the process of checking travelers’ identities is quick and efficient. In fact, biometrics are the surest method of checking a person’s identity

Each country/region and border, notably in Africa, has its own specificities and therefore needs biometric equipment best adapted to its environment. An extensive range of biometric solutions exist from manual counters that are ideal for enrolling travelers to eGates that are best suited for large border crossing points. In turn, mobile hand-held devices are perfect for confined spaces such as buses and trains, enabling border guards to verify passenger identities on the move.

Africa’s economy is forecasted to go from strength to strength in the coming years, and this will no doubt encourage more locals to seek work in neighboring countries. The use of high-tech biometric solutions at borders will enable travelers to experience a smooth, fast and stress-free crossing and will contribute to Africa realizing its full potential as a real business hub. 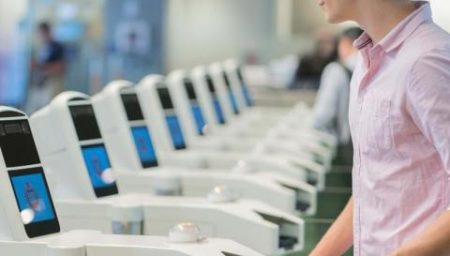 Centralizing the management of a country’s land, air and sea borders 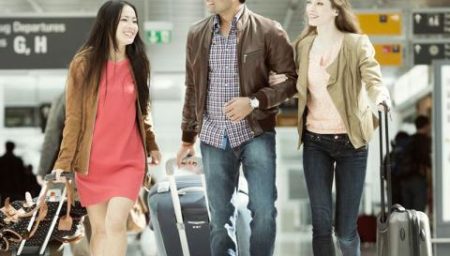 Capturing two biometrics with only one look 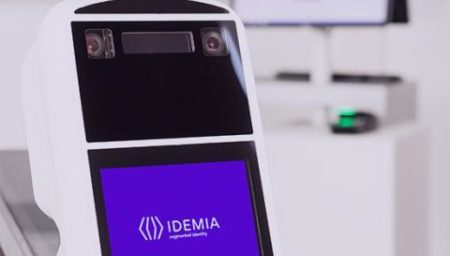 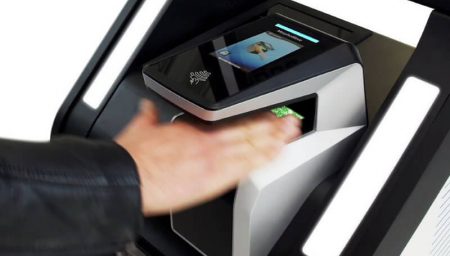 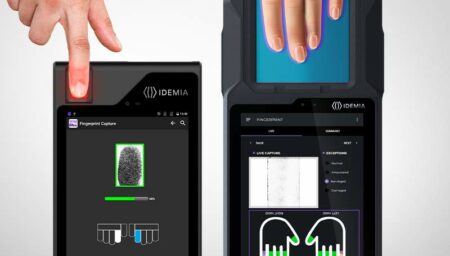 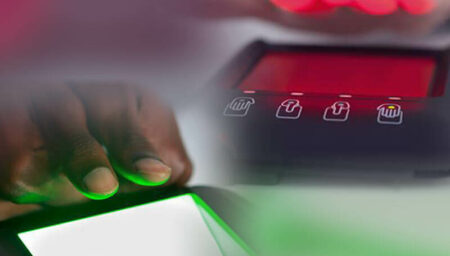 The power of passports
News

A modern passport for a modern life
News

How to implement the new European Entry/Exit system at land and sea borders?
News

Why are trusted identities key to sustainable social & economic growth in Africa?
Other content

What is biometrics?
News

Meet with biometrics: let’s open the discussion on biometrics